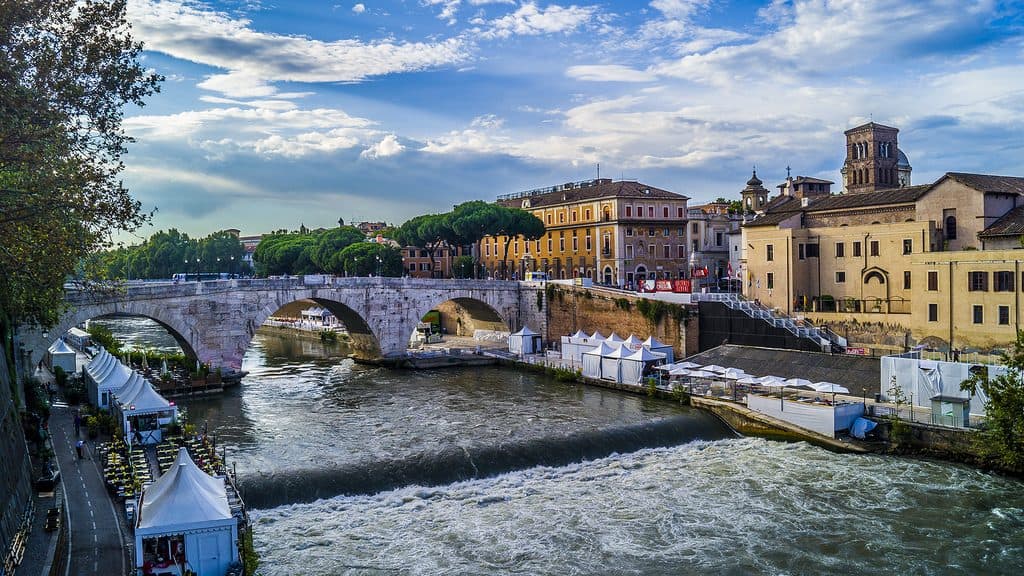 This post is part of the [Itinerary Ideas] category which focuses more on the practical application of the fares that are featured in the [Daily Flight Deals] category.

Note: This post is very old, so the dates provided in this post will likely be expired. The fare should work in 2015 for most mid-week days.

Yesterday, I was taking a closer look at [Flights: Houston (IAH) to Thessaloniki, Greece (SKG) $760 r/t 2-stops] to see what kind of itinerary I could build with it and I came to two conclusions. The first was that I haven’t featured one example of an open-jaw itinerary on this site and the second was that I would rather take the 0% accrual flight that allows a free stopover and an open-jaw over the 100% accrual fight that doesn’t. I can imagine the mileage runners that are reading this just now gave up on me, but I did the math. The value I would have gotten per mile couldn’t beat the value of the cash I saved with a swanky itinerary like this one. The 0% accrual fare was so much cheaper than the mile earning fare that it made more sense — plus there wasn’t a stopover component on the 100% accrual fare. Don’t get caught up on mile accrual or you’ll miss fun opportunities.

I won’t go into detail on constructing an itinerary with stopovers, it is covered in the [Budget Travel Tips] article here: [How to use stopover rules when buying airfare].

I’ll be using the same Turkish “WV33XPC” fare that was highlighted in the Thessaloniki, Greece post. It allows two stopovers, 1 free and one for 50 EUR. It also allows for an open-jaw. An “open-jaw” means that you are returning via a different airport (in a different city); not the one you flew in on. For example, if you fly to Venice, Italy and fly back out of Rome — that is an open-jaw. Contrast that with a round-trip: Fly into Venice and when you’re done, fly out of Venice.

Some of you may be wondering why anyone would want to add an open-jaw to their itinerary; you have to go to the other city to catch your outbound flight. Well, that’s exactly the point. One of the best ways to get around Europe is by rail; it’s inexpensive and fun. It also works perfectly with open-jaws. Fly into one city, take the train to some others, and then fly out from there. Doing that with a round-trip just doesn’t make sense, it would require returning to where you started to catch your flight.

Here’s the proposed itinerary: (available here: Orbitz) [Note: as this post is very old, you may need to use dates that differ from what are listed here]

Note: If you wish to use other dates, try your best bet is Tuesday departures, though other days should work as well. For example: Dec 2, Dec 9, Dec 16 will work with this itinerary.

We’ll have to fly back out of IST on the way home, so this map isn’t quite accurate, but it’s close enough. Notice the break in the line between VCE and ROM? That’s the open-jaw portion of the itinerary. It’s just under 3 hours by rail to Rome from Venice and it costs about $49. Let’s take a closer look at Rome, I want to point out something. What I want to point out is that you have a lot of options here, you don’t have to just take the train to Rome, you can take the train to Florence first, and hang out there, then go to Rome a few days before your flight out. You’ll have to pay more in Rail fees, but those fees are relatively small when you compare it to flying. Consider for a moment, that this is just the Italy portion of the itinerary, you still get to take a week in Istanbul, Turkey to change things up.

Before I go it should be noted that this fare works for Thessaloniki, Greece and Milan, Italy and probably more cities that Turkish Airlines routes through. You have a lot of options here with the stopover component if you’re willing to spend some time and get creative. Throw in an open-jaw on top of the stopover and you’re cooking with gas. Feel free to open the itinerary and experiment with dates, and destinations. The link to Orbitz (below, and at the top of this page) should open straight to the itinerary.

Note: Venice (VCE) and Milan (MXP) are interchangable as far as the fare rules are concerned, so if you’re wanting to do Milan (MXP) instead, just switch it out when you’re building your mutli-city itinerary.

Southwest doesn't charge change fees. No quarantine required if you have a negative PCR COVID test. Links to test kit in post.