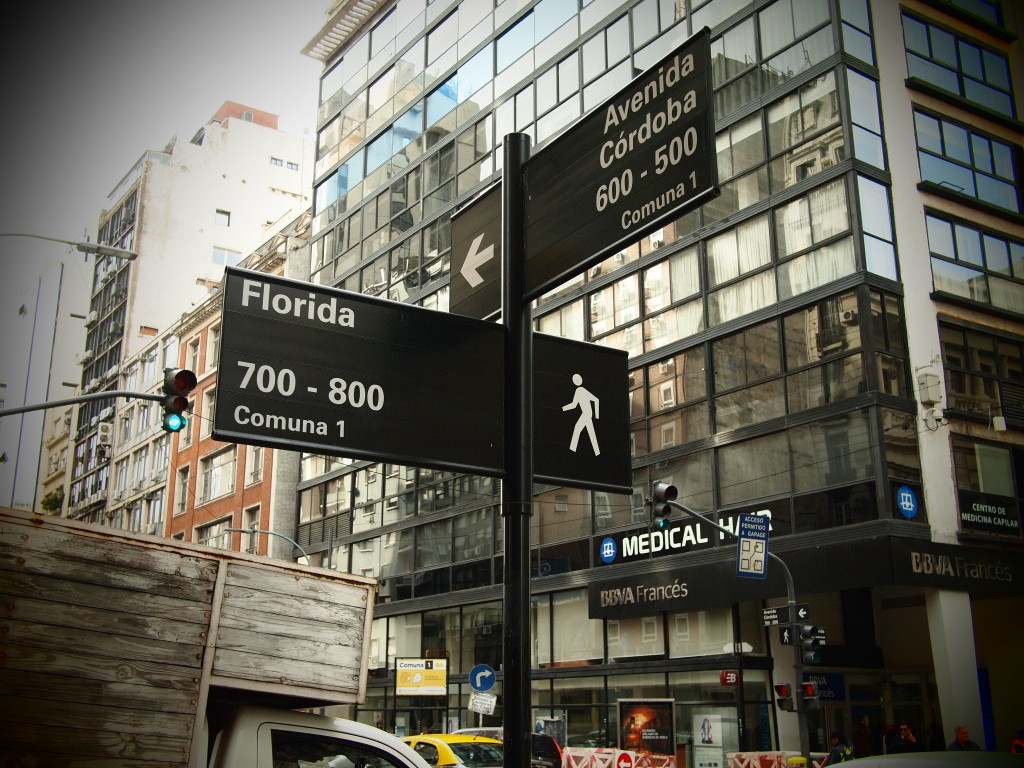 Last week, while I was in Buenos Aires, I got to experience first hand what systemic capital flight looks like. This probably isn’t something that’s going to come up in your Lonely Planet guide, but if you’re planning on visiting Argentina anytime soon it’s important to know how Argentina’s black market currency exchange works and why it exists.

Why does the black market exist?

Historically, Argentines have already suffered through two large scale defaults; one in 1990 and another in 2002. Now in 2014, Argentina is once again set to default on its debt. While the details on how this has come to pass are complex and a bit beyond my understanding, I can say that regular Argentines on the street aren’t exactly waiting around to see what happens. Argentines believe that another default is coming and that’s what matters. They’re looking to convert into a more stable currency at any chance they can get and are willing to pay a premium for it. For most Argentines, that currency is usually the US Dollar.

The Argentine government has made it nearly impossible for regular Argentines to convert out of the quickly falling peso due to strict limits on currency conversion and stiff taxes on foreign transactions. Not surprisingly, these currency controls have fueled the creation of a black market, where Argentines trade pesos for dollars outside of the official channels, illegally.

The black market rate and the government rate differ greatly. At the time of this writing, the government rate is 8.40 ARS per 1 USD, while the informal rate is 14.40 ARS; a huge spread of 71%. The informal rate, known as the “blue” or “blue dollar” rate is widely published with local newspapers in Argentina. Despite its illegality, the black market is widely accepted.

You may be wondering, “Since there are two separate rates for USD/ARS exchange, which one of these is false? What’s the real rate?”. I think that it’s obvious that the “blue” rate is a fair approximation of what the true value of the currency is, and here’s why: One of these rates is a one-way street. The Argentine government is quite happy to take your USD at 8.40 ARS, but they aren’t willing to give you USD for 8.40 ARS; on the contrary, they won’t sell you any US dollars at all. Contrast that with the black market which will exchange US dollars for Argentine pesos and vice versa, at the “blue” rate.

The @DolarBlue Twitter feed tracks the informal exchange rate, and is a popular resource among Argentines.

My experiences with the black market currency exchange.

The laws regulating currency exchange outside of the official channels were flouted by nearly every Argentine that we interacted with. In my case, the first Argentine we met after making it through passport control and customs offered an exchange to a friend I was traveling with; 11.1 ARS per USD. I declined that rate, because I wanted something closer to the blue rate. My friend accepted, and therefore, broke the law of the host country he was in before he even got a foot outside of the airport. I think that’s a new record for him. That transaction was fairly quick; my friend handed him a few hundred dollars and got a few thousand pesos in return.

The next day I would make my way down to Florida Calle to find an “arbolito”, which I think means shrub. I’m not sure why they’re called that, but their function is similar to that of a tout. Arbolitos are easy to spot. They are the ones on the street yelling “cambio, cambio! exchange casa!”. I approached one of the many arbolitos and asked him what rate he would exchange one-hundred dollars and he grabbed a calculator and typed in 13.40, a rate I was more than happy with. I would later find out that I could have gotten closer to the “blue” rate if I had a hundred-dollar bill, instead of twenties.

He quickly lead me into a nearby shopping mall which had an empty store front with papered up windows. The locals call these fake store fronts and empty places a “cueva”, which means “cave”. In this case, “cave” was a fairly accurate description; there was nothing inside except a table, two seats, and a couple of guys with a money box. This was the unofficial bank of Argentina. I’m not sure what you call the guy with the money box, but he basically had the role of bank teller. I handed over five $20 dollar bills, which he examined closely while counting. Half way through his count, he stopped, frowned, and handed me back one of the $20s; it had a small tear in the center. Apparently he only wanted crispy “clean” bills, so I took the torn $20 and handed him a minty fresh one from my wallet. Happy, he then counted out $1340 pesos and handed them to me, which I examined and re-counted before saying “gracias” and leaving. That whole exchange took less than 5 minutes and was a lot less nerve racking than I was lead to believe.

During my time in Buenos Aires, I would find myself walking down Calle Florida looking for an arbolito two more times. One of those times the cueva was an actual call center in the same shopping mall as before. The arbolito introduced me to the cashier, a young girl who was working at the call center. With introductions out of the way, she seemed more than happy to trade; the law was flouted to the sound of the register swinging open. The other time I exchanged currency, the cueva wasn’t even in a building. I didn’t even make it off the street because he pointed me to the girl at the newspaper kiosk standing behind me.

Are there any other options?

Yes. If you’re hesitant to exchange currency on Florida Calle like I did, there are several options that will allow you to avoid the government rate. Here are a few that come to mind.

What are pesos good for?

If you are able to exchange pesos at the blue rate, you’ll find that most things in Argentina are priced at a massive discount. If you exchanged at the government rate, you’ll find that prices are basically the same as they are in the US. There are exceptions though; anything that is an import and anything that has traded through a US dollar will be massively expensive.

Here are some examples of common things I bought:

Here’s an example of what I avoided:

In general, all locally made goods such as artwork, clothing, leather, food, wine, and transportation are cheap for tourists while anything that is imported, such as computers, cameras, televisions, and video games will be ridiculously expensive.

While I had no issue with exchanging currency at Calle Florida, you should be aware that doing so is technically illegal by Argentine law. Exchanging currency with strangers on the street is intrinsically risky and the better rate reflects that you are taking a risk. Exchange only small amounts at a time; in my case, I never had more than $100 dollars on me. It’s foolish to walk around with $1000 in Houston and you definitely shouldn’t do it on vacation in Buenos Aires.

That said, my experience exchanging currency in Buenos Aires was really no big deal. I was given no counterfeits, I never felt threatened in any way, and the process was relatively painless. In my opinion, you’re just doing what regular Argentines do every day and the dangers are far overrated.

Finally, you should know that Argentine pesos are nearly impossible to convert back into dollars in Argentina as well as anywhere else in the world. Other countries don’t want them and neither does Argentina, so don’t convert more than you need. Ending your vacation with a surplus of pesos is a bad situation due to it being a dead-end currency.

Want to read more about Buenos Aires? Check out the [Buenos Aires] post category and these other related articles.

The University of Minnesota is conducting a research study to determine if taking a medication called hydroxychloroquine can help in preventing or treating COVID-19 disease (commonly referred to as coronavirus).

Full details and enrollment in link.

Thanks for mentioning me in the Chronicle! :)

We have redirected our computing resources into folding proteins for COVID-19 research
-
You can read the full post in the link below. I wanted to reach out and update you about what my plans are for this blog for the next few months.
-
https://escapehouston.com/?p=17578