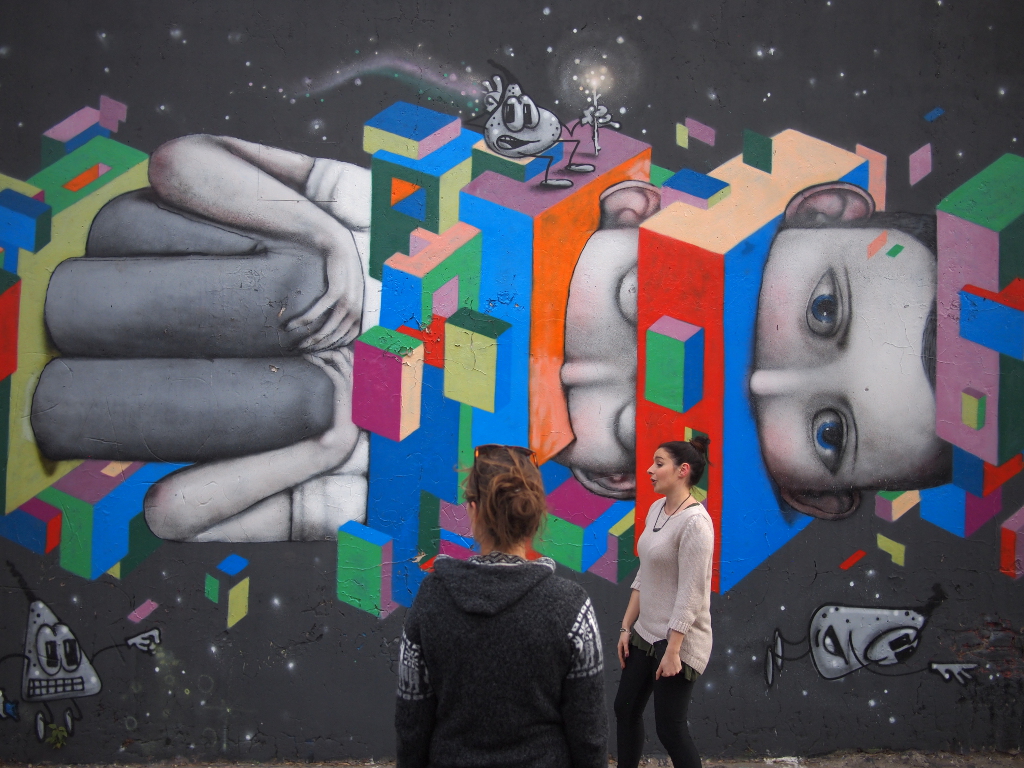 The Buenos Aires street art and graffiti tour is worth doing

I’m in Argentina right now and wanted to do a series of posts covering whatever I found interesting, so here we go…

Street art in Buenos Aires is everywhere; it’s rare to see a wall in San Telmo that has been left unmolested. I ended up going on the Graffitimundo North City Street Art tour and getting some much needed perspective on the history of this scene and the reasons why it’s so prolific here.

Graffiti in Argentina is more politically and socially charged than I had realized. I had never heard of the “Mothers of Plaza de Mayo” before this tour and It was interesting learning how social movements and political figures have used street art to push their messages out to the people.

I was able to capture some video of our guide explaining the street art that is associated with Mothers of Plaza de Mayo, I found it interesting, so I hope you do too.

The tour costs $25 USD and starts in Colegiales and ends in Palermo. Transportation between sites was included in the price.

The University of Minnesota is conducting a research study to determine if taking a medication called hydroxychloroquine can help in preventing or treating COVID-19 disease (commonly referred to as coronavirus).

Full details and enrollment in link.

Thanks for mentioning me in the Chronicle! :)

We have redirected our computing resources into folding proteins for COVID-19 research
-
You can read the full post in the link below. I wanted to reach out and update you about what my plans are for this blog for the next few months.
-
https://escapehouston.com/?p=17578