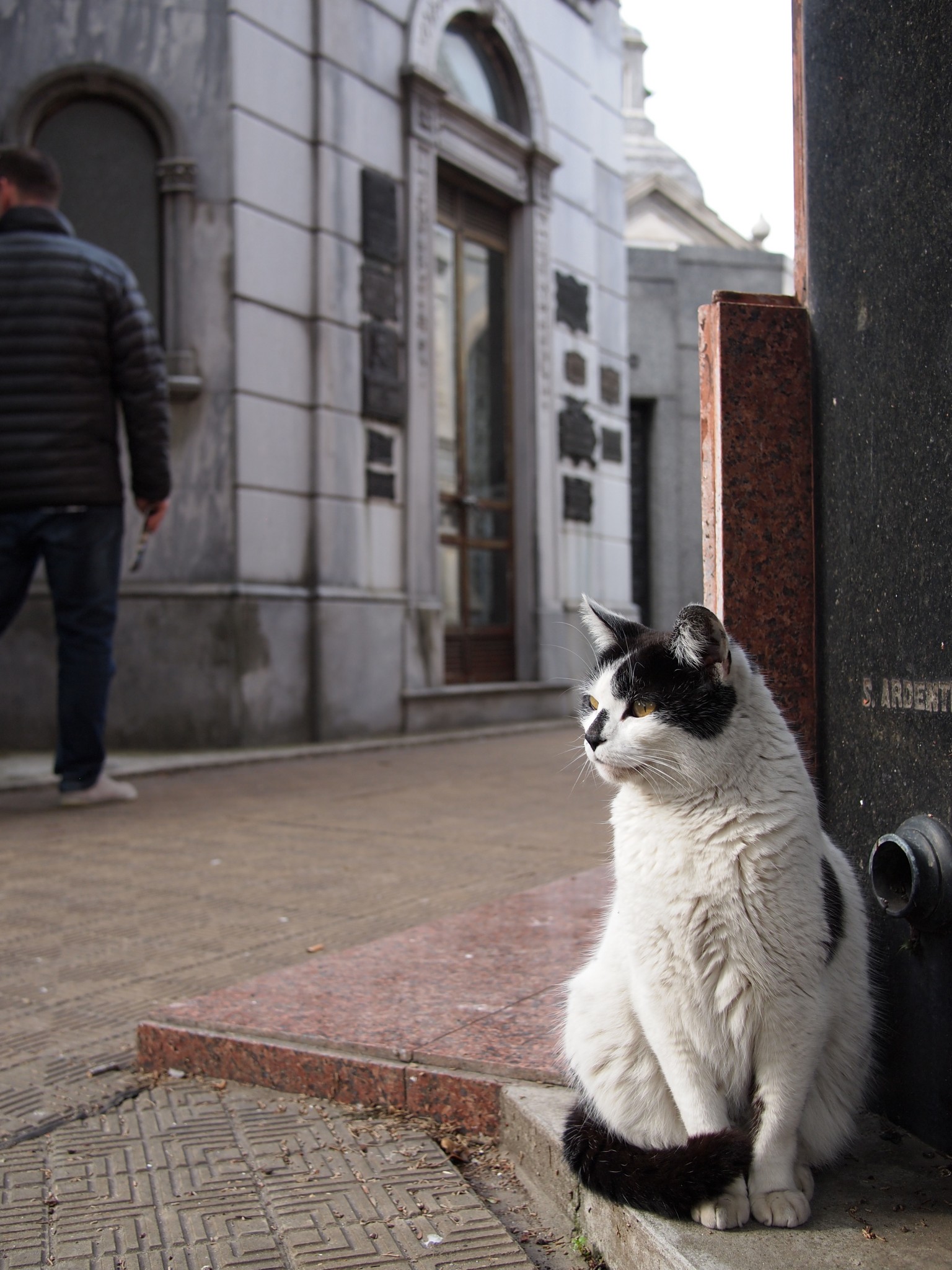 There aren’t a lot of new travel deals popping up today, so here are some pictures I took last week of cats in a cemetery from Buenos Aires.

La Recoleta Cemetery in Buenos Aires was built in 1822 and was once the garden of a nearby church. There are more than 4 city blocks worth of tombs and mausoleums and it’s a melting pot of differing architectural design, both ancient and new. Admission is free, but donations are accepted by volunteers near the door, in exchange you get a nifty map, which you don’t really need unless you’re looking for a specific tomb.

Probably the most popular grave would be the one of Eva Perón who’s life was the subject of the musical, Evita. Madonna would eventually do a cover of the song “Don’t cry for me Argentina” for the film adaptation of that musical.

My favorite statue was that of Liliana Crociati de Szaszak and her dog Sabu. Liliana died at the age of 26 in an Avalanche in Austria in 1970. Sabu stands in stark contrast to all the cats roaming around the graveyard. There’s a really nice eeriness to it that I like, maybe it’s that someone had placed some flowers in her hands.

Roaming around the passageways in the graveyard are numerous cats. According to Frommers there are over 84 felines who receive medical attention and food twice a day at 10am and 4pm from volunteers who will accept donations for cat food. I only saw a few cats while I was there, probably because I had arrived between feeding times.

You can find out more about La Recoleta Cemetery on Wikipedia.

What's the best way to create a graph from T-SQL data?

I'm trying to graph the decline in the number of destinations that have prices under their 6-month moving average. It's x/y (date/fares).